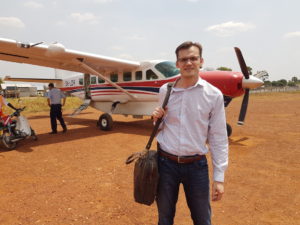 Vidar Ligard, together with his wife Cathrine Ligard, is the founder of Safari Mission USA, Inc. As an ordained minister, Vidar Ligard’s main focus is to transform people’s mind and lives through the teaching and preaching of the Word of God. Having grown up in Norway, Vidar Ligard moved to Tulsa, OK when he was 15. After attending Rhema Bible Training College and Oral Roberts University, Vidar Ligard graduated with a degree in Electrical Engineering and Master in Business Administration from Oral Roberts University.

From childhood, Vidar Ligard has always had a desire to minister in Africa. In 2000, the first door opened to travel to Kenya with a friend. Since then, Vidar Ligard would go back to Kenya to minister regularly until he and his wife, Cathrine Ligard, started Safari Mission in 2006. Safari Mission was started to help train church and community leaders in rural East Africa in order to help them become self-sufficient and to fix the broken systems in their communities. Initially, the Ligards started a traveling school, which today is still running on a more permanent basis. The school is now located in both rural and urban areas and continues to add new campuses almost every year. Vidar Ligard’s vision is to see the gospel affect people’s lives in Africa in a deeper way. There is a saying that “In Africa, the gospel is a mile wide but only an inch deep.” There has been extensive evangelism, and Christianity is the major religion in the Sub-Saharan Africa, but people are still living in poverty, dealing with corrupt government and leadership. Seeing how many non-profit organizations have failed to deal with the real issues in Africa, Vidar Ligard is working on changing the people’s thinking and teaching leaders about ethics and good leadership styles. Empowering people with knowledge is key to a changed Africa!

Vidar Ligard’s vision is to see the gospel affect people’s lives in Africa in a deeper way. There is a saying that “In Africa, the gospel is a mile wide but only an inch deep.” There has been extensive evangelism, and Christianity is the major religion in the Sub-Saharan Africa, but people are still living in poverty, dealing with corrupt government and leadership. Seeing how many non-profit organizations have failed to deal with the real issues in Africa, Vidar Ligard is working on changing the people’s thinking and teaching leaders about ethics and good leadership styles. Empowering people with knowledge is key to a changed Africa!

The Following Are Some Quotes From Vidar Ligard 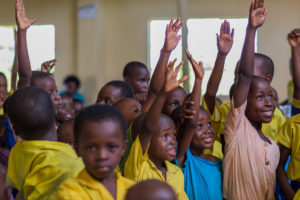 Our responsibility as a minister of God is not just to preach a sermon that makes people “feel good.” If people leave our services feeling good but there is never any change in the way they live and talk, then we are only in the business of motivational entertainment. We do not preach to entertain. We preach to produce changed hearts, minds, and lives. We preach in order to transform lives – transformed lives that produce a lifestyle of love and faith. Such a life will also have a passion to deliver the message of Christ to their neighbours. That is why we preach.

The way you get rid of darkness is to turn on the light. The works of the devil are sin, sickness, poverty and they are not destroyed by focusing on them. Instead, when we focus on Christ who is the light, and also make sure we shine the same light, even the shadow of darkness will disappear. Be the light! 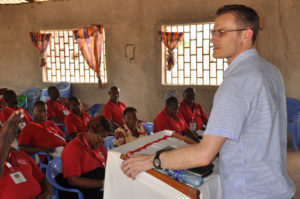 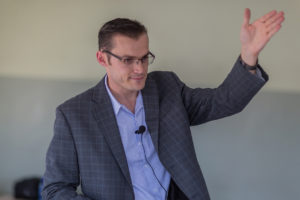 The number one way that the Lord blesses us is by opening doors of opportunities and by blessing what we put our hands to do. We still need to be prepared when opportunities come and to work for them once the opportunities are there. God doesn’t bless inaction and complacency. We should always seek the kingdom of God first, His righteousness, and the assignment God has for you to accomplish in your life. That way, you will always be a blessing to other people as His assignments always causes us to bless others. When you add value to someone else’s lives – being a blessing to them – financial blessings will come back to you. God’s blessing is real and it comes to the people who honor God and bless others

True faith in God is not a struggle – is not frustrated, down or in despair. True faith faces the problem boldly with a joy and peace, fully persuaded that God is on our side and that He takes care of what seems impossible. Even that which seems impossible to the natural mind. 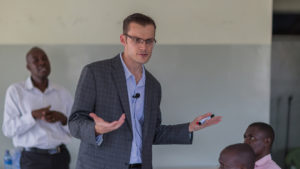 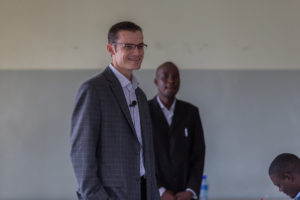 Biblical Economy and Financial Stewardship is more than just giving and receiving. God blesses us when we put our hands to work.. Some people need to grow in their work ethics and productivity so they can have more to steward. God will not give you more until you can steward what you already have. People cannot give themselves out of poverty if they will not put their hands to something and work. Other people are overworked and toiling hard, but they are not blessed because they will not put God first and honor him with their money. We need balance and the whole counsel of God’s Word in order to live in victory. 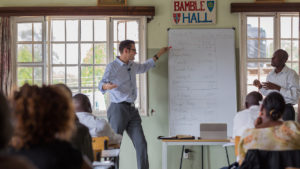 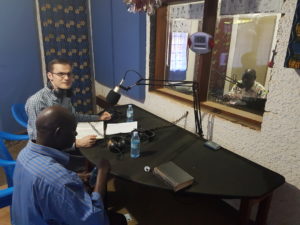 Poverty mentality is found in every city and every country. As Christians, we are called to help. True and long term help is only found in changing people’s mindset – we need to teach people how to become producers in society instead of being aid-recipients. Giving people shoes is fine, but it will not bring them out of poverty. Donating water wells to a village is good, but that alone does not fix their problem. The village and the people will only come out of poverty if we give them Jesus and get the love of God into the people. Then, help train them to come up with solutions to their problems – help them produce something that other people value. People who have learned how to produce something will come up with ways to provide for their needs and dig a water hole for their community. With the love of God and the love for others in their hearts, they will also find a way to help the neighboring village. This is how we change Africa!