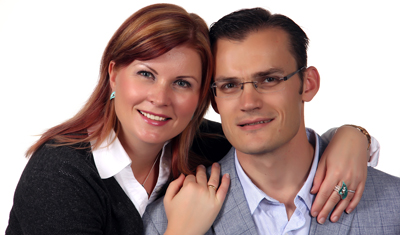 All across Africa, there has been extensive evangelism. Christinaity is a mile wide, but it is only an inch deep. Governments, nonprofits, and missionaries have all brought foreign aid into the continent, but what happens once they leave? People in Africa have become so dependent on aid from outside that they cannot survive on their own. Our mission is not to just provide the needy with food and resources, but to train leaders and transform people to become independent and to thrive in their own communities. Have you ever wondered why Africa remains poor, in spite of billions of dollars in foreign aid that is poured into the continent every year? It’s because change comes from within! Feeding people who are poor only helps them one time – it is like putting a bandaid on a sore when the whole leg is broken. Empowering people with knowledge and training them to fix their broken systems is the solution for Africa. That is exactly what Safari Mission does. We train leaders to go and build their own communities. Safari Mission is dealing with the REAL issues, and that is exactly what Africa needs.

Well-meaning organizations have fed the poor and given free services for years, but what are the lasting results from that? We have found that the areas which have been given the most handouts are the poorest parts of the continent today. People have become dependent on the foreign aid they have received, and it is keeping them in poverty instead of helping them out of it. We once visited a remote area of Kenya to meet with some local leaders in order to train them. We offered the training at a very low cost – almost free – because we knew this was a poverty stricken area. Our disappointment was deep when the people demanded a sitting fee, just to be in class! They had been conditioned to receive this from government organizations and other missionaries working in that area. We realized that the methods that had been used only kept people poor instead of initiating lasting change. This area had been hit with a famine for a few years, and organizations had come to feed them. The result was appalling! Instead of continuing to farm and till the land, the people completely stopped working, since “someone” would come and feed them without them having to work for it. This is a true story we witnessed for ourselves. We don’t believe Africa needs another handout. We believe Africa needs to fix their broken systems and be empowered to develop their own communities.

Change begins with developing leaders. Lasting change in Kenya comes when Kenyan leaders are empowered to change their own communities. Africans supporting Africans is at the heart of Safari Mission, and that is the reputation it has built within the communities. Many missionary works fall apart as soon as the missionary leaves. We have seen many buildings built by missionary organizations that fall into ruins once the missionary organization leaves the area, handing the administration over to the local people. There is no ownership or sense of responsibility within the local people because they were not involved in the building process. Local people were also not engaged in leadership positions, therefore, they don’t have the knowledge to continue the work. We build people instead! When you build people, they will have the knowledge they need to continue the work. They will even know or gain the ability to find out how to build the buildings for themselves. This is how we build lasting change in Africa.

At the core of Safari Mission is the message that the gospel of Jesus Christ is the power of God for salvation and transformation, and this is the core message that drives the development of communities. We believe the Bible is the foundation for the development of a peaceful and prosperous society. In the 1700s, Norway was the poorest country in Europe. Historians all agree that the man who changed that was a preacher by the name of Hans Nielsen Hauge who lived in the late 1700s. He was a lay preacher, and was persecuted for it. He stirred up a revival, including a revival in Christian morals and work ethics, that became the start of many businesses across the country. Biblical ethics became the foundation of these new businesses, ethics that are unique and can be traced from the time of that revival all the way until today. Now, Norway is the richest country in Europe and one of the top 10 in the whole world (per capita). God is no respecter of persons, so if this can happen in Norway, it can also happen in Africa. We believe the future for Africa is bright and we work on being this change in Africa!

As a mission organization, our focus is to train leaders and transform people in East Africa through the teaching of God’s Word, leadership skills, and practical subjects such as organizational and personal growth. We currently have multiple Bible schools across Kenya and our students are a mix of church leaders, doctors, government officials, teachers, and businessmen. Our school places a strong emphasis on ethics, leadership development, and a balanced teaching of Biblical subjects. In addition, we also host a yearly East Africa Conference, annual minister’s retreat, and we operate a Christian book distribution center that seeks to get quality Christian books on the East African market – both wholesale and retail. We are also starting church coaching for pastors who have finished the two-year Diploma program and want to grow even more.

Whether it is through Bible school, conference, retreat, books, or couching, our main goal is to empower people in East Africa to reach their own people and build their own communities. That is why we place such a strong emphasis on teaching – because it changes a life, family, and community forever!

Investing into communities is what we do. Investing in leaders is how we do it.

Download the FREE eBook of "A Fork in the Road"